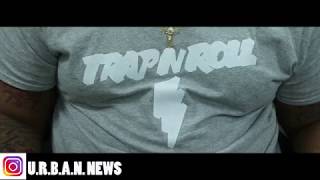 Mr. Trap'n Roll, discusses his music, and how it all started and what he has planned for 2018

Big Chuck, "Mr. Trap'n Roll" discusses his love for music and how it all started for him. Watch and listen to the story he has to tell and always keep it U.R.B.A.N.
Urban News

Roxanne Roxanne I wanna be yo' Man!

So if you are a Hip Hop head like we are you will understand the importance of this movie. Before there was Cardi B., Nicki Minaj, Lil Kim, even Salt-n-Pepper, there was Roxanne Shante. A young pioneer from Queens Bridge, Projects. You can say young Roxanne started the first “Rap Beef” with rap group UTFO the song was titled “Roxanne, Revenge”. Enough with the history lesson kids, let's get into this movie. The movie starts off with introducing The Hip Hop legend in a rap bat 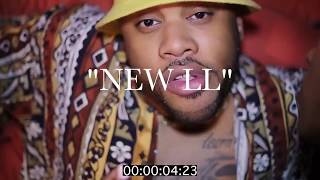 Is Jay Prob the new Triple threat in the Hip Hop Game?

Bronx native, rapper and photographer Jay Prob is looking to set the world on fire. The self-proclaimed, “Photorapper” is making waves on social media with his Photography work, but he is looking to accomplish much more with his music. Jay Prob has emassed 21.1k Followers on Instagram. Besides being a rapper and photograp her, he also host an open mic night at the Nuyorican Cafe in lower Manhattan, where he draws a big crowd every Saturday night. With his fun edgy attitude he

Zone 4 Mafia: (Treyylo, Kay Real, CB, Snoopay Fiasco) We finally had the chance to sit down and talk to Zone 4 Mafia, the newest rap group coming out of Far Rockaway, New York. With only four members in the group three rappers and one producer they decided to form the supernatural band back in 2016. “We just did it for the fun of it, we didn’t really see it as a rap group, no real thought into it, we were just regular friends trying out something new.” said Treyylo. Coming f 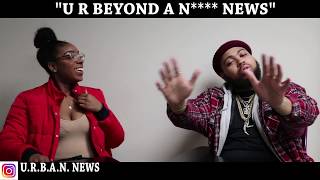 BruhMan From The 5th Floor discusses his life journey and how it shaped him into who he is now.

BruhMan From the 5th Floor, from New York City discusses his life journey to fame as being an entertainer and how his journey started and where it is taking him in his life from here.
Urban News

Will Smith had the internet feeling invincible Friday, evening on Instagram. He dropped some keys on how to become successful. Many people have always wondered how to break down the door to success. Well U.R.B.A.N News has some tips to success for you: 1. Believe in your self! - Think about what your good at (it can be anything) and stick to it! 2. Find a team who believes in the same things you do. - this is the era of “millennials” hashtag all thing