For more than 150 years, the BAM theatre (which is located downtown Brooklyn) has been the home to many artists, audience, and ideas-- engaging both global and local communities. Tarik Jackson better known as "Reek" directed a film dedicated to the gentrification and poverty of Brooklyn, NY titled "BushBaby." The name derived from a coffee shop located on Nordstrand ave in the Bedford Stuyvesant area of Brooklyn. With comedy telling the harsh truth of the film, the director w 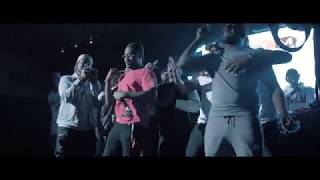 Does Queens Really Get The Money?

Video Shot by: B. Sergeant This pass weekend we were invited to go to the first annual Queens Get The Money concert, and I have to say I was very impressed with the artist who was able to bless the stage. I always find joy in watching the upcoming artist perform before they sign major deals. Witnessing them grind before the fame will always be a special time in their career because all they want is for people to recognize their talent. Artist such as Jennaske, Stacks Official

Daze Summit… Daze Summit… if you are ever in the New York City area and looking for a week-long festival please follow their page to get the hookup. This past week I had the opportunity to make many of their events and network with the dopest creatives NYC had to offer. One thing that I love about this organization is that they have an eye for people who are hungry to make it, there were people that I have worked with and met prior to the event. Of course, your going to say “