How to Save Big Money in A Short Amount of Time

Do not splurge! I repeat do not splurge! To save properly you have to be able to spend money without going past your limit. Learning your limit is the most important process in saving. Everyday when you leave the house you should have a set amount on how much you would like to spend in your head. I try not to pass $40, but if you have a car try to spend at least $50-80 depending on what type of car you own. Now when I set the range between $50-80 its to allow you to go in bet
Urban News

Kodak Black’s Album Release Party, Our thoughts on the Album and More

Kodak Blacks listening party was quite interesting. He came to NYC with a mission, and that was to turn heads. The venue was the best part of the event, it took place in Harlem Parrish which is an old ass church in Harlem, New York. Instead of chairs, he had pews, instead of a host he had a pastor, instead of Bottle girls he had the choir. It was definitely something out of a movie. Now with the hit single, “ZeZe” Kodak Black has some more bangers on there, such as Ident
Urban News

NYC is always prepared for a new sound wave especially if it’s coming from uptown Harlem. We got to experience the rap group for the first time ever and we have so many thoughts to share with you. But first let’s introduce you to who they are; Rich Relly and D Cash are a part of the group "Doelee Wu". Their music was in the hands of Def Jam artist sex symbol Dave East, and many more. Alright let’s get into their outfits, first they both had on bulletproof vest that was painte
Urban News

Who doesn’t love a little twerk out with their friends? Carlyenne Michele the choreographer had made dancing fun again for me and my peers. Getting ratchet now and then is healthy for the soul, and why not let loose with your girls. She knew what it was when the City Girls "Twerk" classic came on, which she choreographed it perfectly for our group. Sometimes as a old dancer, you can get a little nervous when you’re in a new class, but not this one! Carly was sweet and she 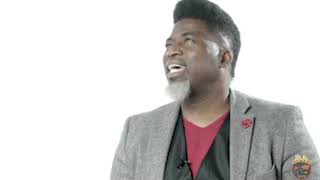 Activist/Rap artist David Banner sat down with media correspondent Akanke Jackson, to discuss his new movie "Never Heard." With informing the people about the mentality in the black community Mr. Banner decided to take on the role of a drug dealer who risked his life to feed his family. While going to jail he faced court issues and the disconnection from his son played by Romeo Miller. Yes, we know the typical black movie, but David describes it as fundamental. His co-stars a