Hellotittie is climbing their way through the art world one year at a time. CEO Dana Prosper has done it again, this Brooklyn-knight has transformed her team into the "Hellotittie Army: The enforcers of girl power!" This wasn't our first run around with the Hellotittie team, we first were introduce to them in March for their annual art event, and ever since then we've been hooked. The age of women empowerment has never been this “trendy, ”except during the 20th Century, when
Urban News

Last weekend was one for the books. I traveled from New York to Los Angeles, California for BET Weekend. Though I arrived on Friday, the festivities started earlier that week. There were a number of events and concerts for people to attend. On Saturday, Urban News went to the BET Experience held at the LA Convention Center. When we entered the convention center the first thing we saw was the huge BET sign. This seemed to be the first stop everyone made once they walked in. As
Urban News

Artentrepreneur Festival or The Swag Show?

Artentrepreneur Festival should’ve never created a space so dope for young black creatives, it only boosted my love for our culture even harder. I always find it exciting when I do an event for the first time with many of my peers. As I did research for Artentrepreneur Festival I had no idea what to expect, and to be honest I did that on purpose. I wanted to completely be blind of my knowledge before I got my wig snatched. New York City is the home for creativity if your a sm
Urban News

What started as a pop-up museum has turned into one of Atlanta's hottest tourist Attractions. The Trap Music Museum opened in October 2018 and has been on a roll since then. It is curated by T.I. and co- curated by Antwanette McLaughlin. The museum plays homage to trap music, rappers, and the culture. It is also managed by Krystal Garner, T.I.'s The Grand Hustle winner. When you first walk in , you are in a corner store. It was represented perfectly from the spaghetti sauce t 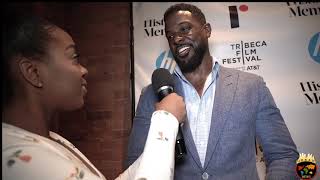 Whats Going On In The Dominican Republic?

Everybody wants to go on vacation and have a great time. Nowadays we can’t even go on vacation and feel free. Lately we have been hearing about the terrible deaths in the Dominican Republic. Day by day new travelers come forward saying they have experienced the same symptoms as these other people or have love ones that have passed away there. Everyone who has experienced sickness in DR had a drink from the mini bar or actually bar. So what is going on? Families are now coming