The 2021 Grammy Awards ceremony has been riddled with a series of unfortunate events. Originally scheduled for January 12th, the ceremony was pushed back to March 14th due to rising cases of COVID-19 in the southern California area. Now, the Clive Davis Pre-Grammy Gala has been postponed until May, due to Clive Davis’s recent health diagnosis. Davis was diagnosed with Bell's Palsy, a condition that causes a temporary weakness or paralysis of the muscles in the face. Accordin
deandreyard6

President Barack Obama Was About That Life: Broke His Homeboy’s Nose Over Racial Slur

Say what you will about former U.S President Barack Obama, but he is by far one of the best storytellers in politics. In a recent interview with Bruce Springsteen, he revealed that he once “popped a friend in the face and broke his nose” over a racial slur. As the first Black President of the United States, Obama has been subjected to unimaginable levels of racism while in office. He has been very candid about his upbringing, his father a Kenyan economist and his mother a whi
Lolita Avila

February is slowly coming to an end, but we are still hitting you with the UN Black History facts! Have you all ever heard the folksong "Follow The Drinking Gourd?" This "map" song was created by slaves to secretly give freedom seekers escape instructions for the infamous Underground Railroad. The directions helped fleeing slaves travel from Mobile, Alabama to Paducah, Kentucky to the Ohio River, eventually further north to freedom. While the drinking gourd was just a water d
-

Kid recently reflected on Hip Hop legend Whodini's passing from ecstasy, which led him to share his thoughts about the genre's current state. The Kid 'N Play legend has been cemented in Hip Hop history since the 1980s when his duo launched onto the scene. The team eventually toured with fellow legends such as N.W.A. and starred in classic movies like House Party, and soon, the Kid 'N Play wave was everywhere. Kid recalls groups and artists purposefully innovating sounds when
-

Coca-Cola has recently employed Tyler, The Creator, to produce their latest commercial. The ad launched on Sunday (Feb. 21) on YouTube with Wolf Haley featuring the video on his Twitter page. "I provided Coca-Cola with all the sounds for this," The OF (Odd Future) co-founder tweeted. The Commercial runs about 2:12 minutes in length and is titled "Open That Coca-Cola," it shows people enjoying Coca-Cola on a seemingly hot day, which then leads them to break out into planned ou
deandreyard6

Back in 2018, Soulja Boy began selling his own “SouljaGame” consoles in what he thought was going to be a revolutionary venture. However, the plan was a bust when everyone realized that he was just selling old video game parts that ran on an emulator, hiking up the price on something that was worth less than he made it out to be. He boasted that his “SouljaGame” console had the capabilities of playing layStation, NeoGeo, PC, Sega, Game Boy Advance, and NES games, as well as h
-

Divorce Must Be In The Air: Talib Kweli and DJ Eque Officially Call It Quits

First Kanye and Kim and now Talib Kweli and DJ Eque. Although the previously married duo has been separated for about six years Kweli felt the need to clarify the details of the divorce documents that TMZ reported were filed. Kweli issued a statement stating that the two have not been together for quite some time and haven’t even lived in the same house for the past 6 years. Their road to romance began after they were married in May of 2009 and a year later they were kicked o 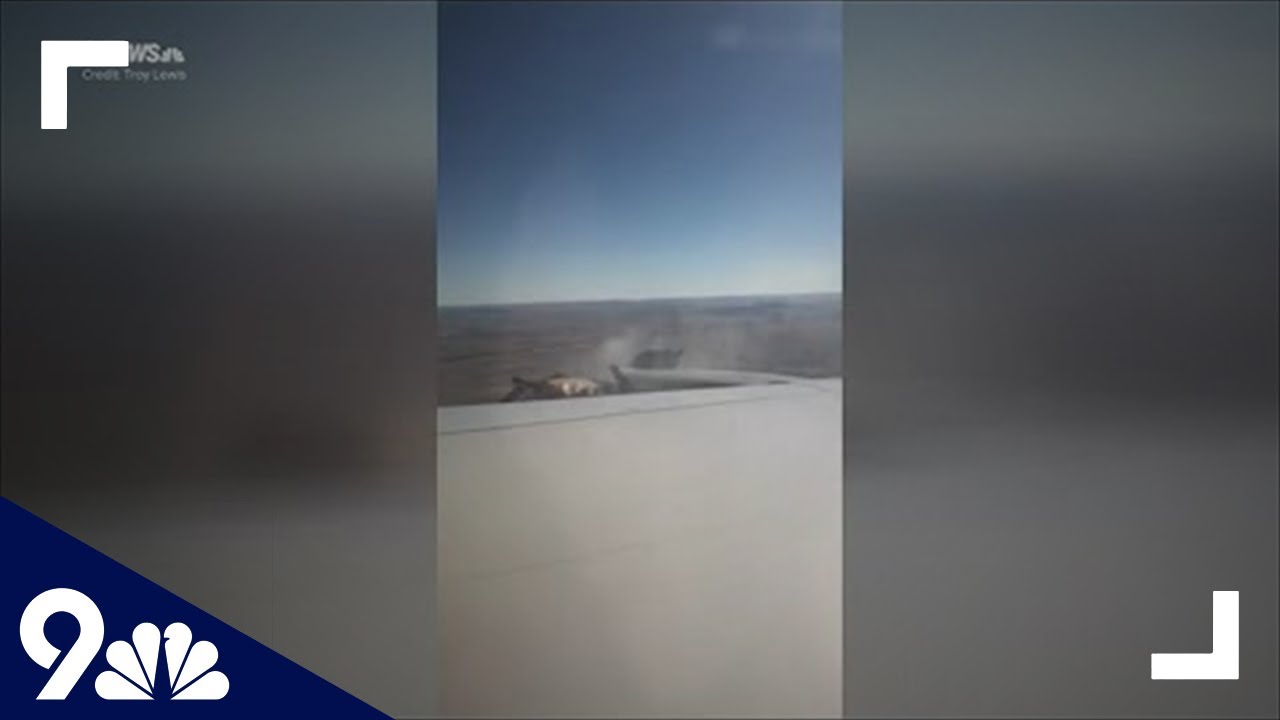 Flight From Colorado Catches Fire & Debris Falls From The Sky

From late 2020 to now, there hasn’t been much luck with Airplanes. With the flight to Indonesia going missing and now the engine failed on a United Airlines flight to Denver International Airport and plane parts began dropping out of the sky. Despite the engine failure that occurred shortly after takeoff and parts falling off of the plane mid flight, the United Airlines Boeing 777 was able to land safely on Saturday. The flight had 231 passengers and 10 crew members on board
deandreyard6

Atlanta Mayor Keisha Lance Bottoms wants y'all to stay away from her city during the NBA's all-star weekend, the game is a made-for-TV event only. KLB is letting it be known that this is not your typical all star weekend and she isn't playing any games. The event that usually attracts tens of thousands of basketball fans from across the globe, will not be turned into a super spreader event. She took to Twitter to inform NBA fans that there will be no NBA-sanctioned events op
-

Eve has always been a multifaceted queen, being one of the first Rappers to switch lanes and head into acting. Lying dormant for a few years she’s back and with a bigger role as she’s set to have a leading part in the ABC drama pilot “Queens”, according to Variety. The pilot focuses on four estranged and out of touch women in their 40s who have reunited for a chance to regain the fame and swagger they held previously as the “Nasty Bitches” - the 90s group that made them into
1
2
345