Mick Jagger, Questlove, Black Thought, and a few other are executive producing a new documentary series, James Brown: Say It Loud, which will be on A&E Network. According to HotNewHipHop, the docuseries will include interviews with friends, family, and collaborators as well as never-before-seen archival footage. The series will directed by Deborah Riley Draper and will drop in 2023. “The life of James Brown is significant not only to understand his immense musical impact, whi 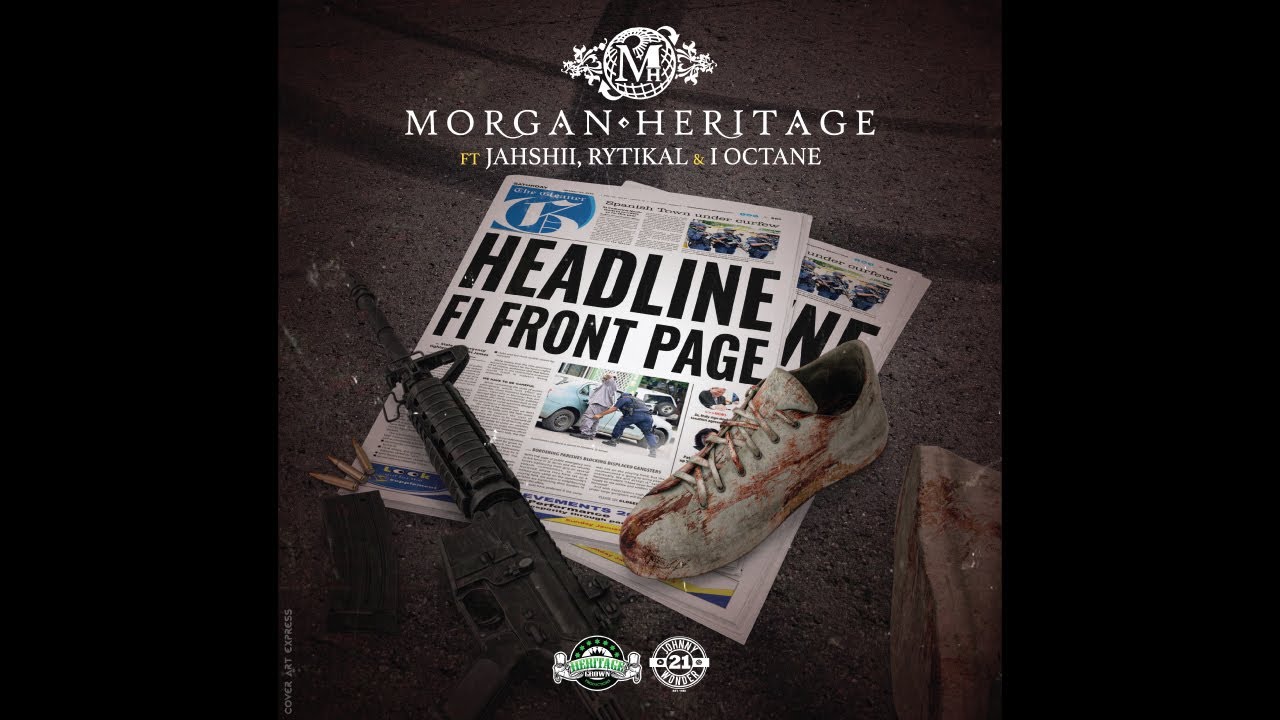 Morgan Heritage has released their first post-pandemic single “Headline Fi Front Page.” This single highlights the group's observation about the lack of attention media sheds on injustices. “Headline Fi Front Page” features some of Jamaica's top artists right now including, Rytikal, I Octane, and Jahshii. Morgan Heritage provides a much-needed space to reflect on the state of our society, but also the state of the media that is charged with reporting on these conditions. They
Urban News

The U.S. national women's soccer team has won $24 million in equal pay settlement. "We are pleased to announce that, contingent on the negotiation of a new collective bargaining agreement, we will have resolved our longstanding dispute over equal pay and proudly stand together in a shared commitment to advancing equality in soccer," both parties said in a joint statement on Tuesday. We are not new to the news that female athletes are being paid way less than male athletes. Th
Urban News

Discount store Family Dollar is recalling several of its products that shipped to more than 400 stores in the South after a U.S. Food and Drug Administration investigation uncovered a rodent infestation at a distribution center in Arkansas, according to CNBC. Not only are they recalling their products, Family Dollar is also temporarily closing 404 affected locations. The FDA stated in a release that it recently inspected the facility in West Memphis, Arkansas, after it receiv
Urban News

The most famous “conductor” and household name, Harriet Tubman, was born directly into the cattle slave system in March of 1822 in Dorchester County,Maryland. Born Araminta Ross, made her mark in American history by risking her life to lead hundreds of fellow enslaved people from the shackles of the plantation system to “freedom” in a network of safe houses. Life was never easy for an enslaved person. Split from three of her nine siblings after her sisters were sent to distan
Urban News

The Kardashians are releasing a new show on Hulu and Disney+. Last year at Disney’s Investors Day, Disney announced that the Kardashian-Jenner family will be bringing their talents to their platform. Hulu describes it as the Kardashian-Jenners’ next chapter as they bring viewers a “new, intimate journey into their lives, featuring Kris Jenner, Kourtney Kardashian, Kim Kardashian West, Khloe Kardashian, Kendall Jenner, and Kylie Jenner.” Though a release date hasn’t been annou
Urban News

Swizz Beatz isn’t just making business move with his Verzuz Battles. Beatz is 12on12’s newest business partner. Swizz is helping to build on 12on12’s reputation for unique vinylworks and bespoke collectors’ editions. He has been compiling his own exclusive 12″ vinyl only compilation featuring photography from his private collection. According to The Source, Beatz’s 12on12 is a limited edition deluxe premium double gatefold package that is hand-numbered to a run of 1000 copies
Urban News

Reasons Why You Will 'Fall in Love' with Kendal Rhône

Soulful R&B singer Kendal Rhône stops by this Valentine's Day to share some appreciation for cupid and the love bug. Kendal's fans seem to connect with him on many levels, for starters he is an openly gay man who doesn't care for society's music standards. As a student of the funkadelic sound Rhône is a fan of the 80s and ’90s music studying artists such as Michael Jackson, Bobby Brown, Prince, Tina Turner, and Beyonce. His new music video "Fall in Love" is nothing short of y
Urban News

Rap legend, Eminem told SirusXM that he’s nervous about his upcoming Super Bowl performance on Sunday. Though the rapper has performed for huge stadiums, this performance has him on his toes. “Imma tell you, It’s fucking nerve-wracking. It’s fucking nerve-wracking,” Em told Sway. “Like to me…there’s nothing more final than live TV, you know what I’m saying? So like if you fuck up, that fuck up is there forever.” Eminem will be performing along side Dr.Dre, Snoop Dogg, Mary J.
Urban News

On February 3, 2021, Mayor de Blasio and the New York City Landmarks Preservation Commission announced that 227 Duffield Street in Brooklyn would officially be recognized as a landmark! The house was owned by the revolutionary abolitionist couple Thomas and Harriet Truesdell in the 19th Century. This house was rumored to be a stop on the Underground Railroad. Here are a few facts about the Truesdell's and their home: They were established activists originally from Rhode Islan
1
2